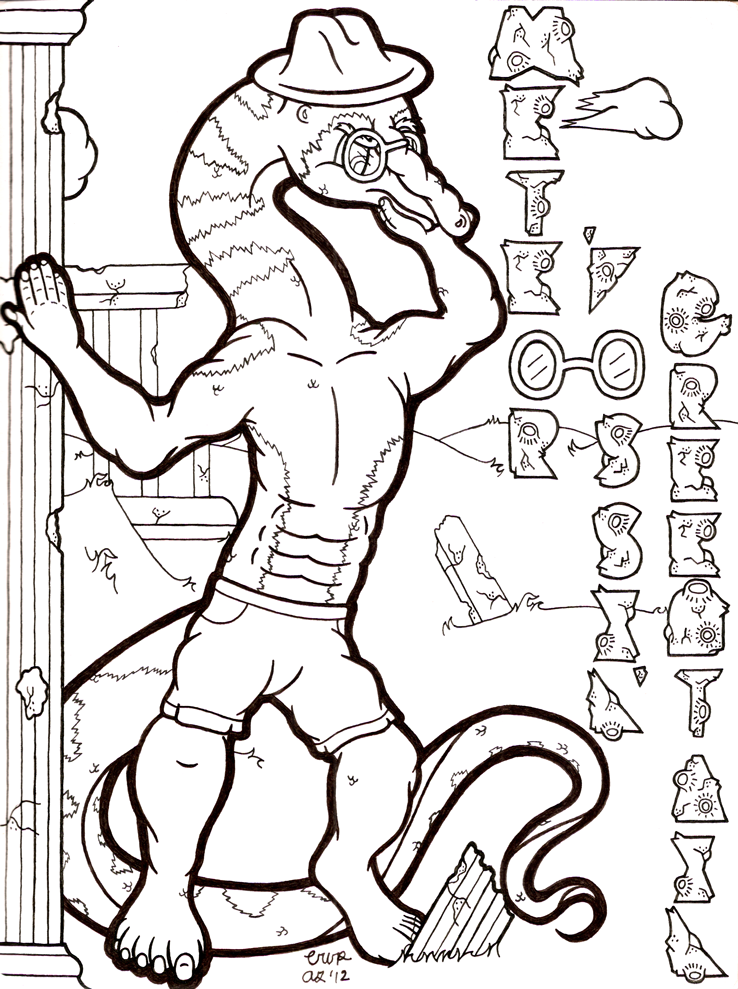 New character for a secret project. ( 8 of 8 ) Not completely sure what the plot is yet, but I think it concerns witness protection, evil shadow-societies, and elemental magic.

Name: Meteor "Fossil" Greentail Species: Diplodacus (a type of dinosaur) Element: "Stead" (Steadfastness)...(or maybe time. Not quite so sure with this one...what's the opposite of change?)

Probably the eldest of the group, he seems to be a museum-curator/researcher type of guy. Tried to draw a fedora, probably failed. He should probably have a much longer neck. Tried to give him one and use perspective to fit it in the pic, but no matter what I tried, it didn't work and always ended up looking funny. So I gave him a shorter neck. shrug

I'm probably going to get flack from paleo enthusiasts for giving him a trunk instead of bare nostrils on the top of his head, but...if you look at an elephant skull, the nostrils are high up on the head as well. (that's my reasoning anyway.)

What kind of comments is VioletWhirlwind seeking for this piece?