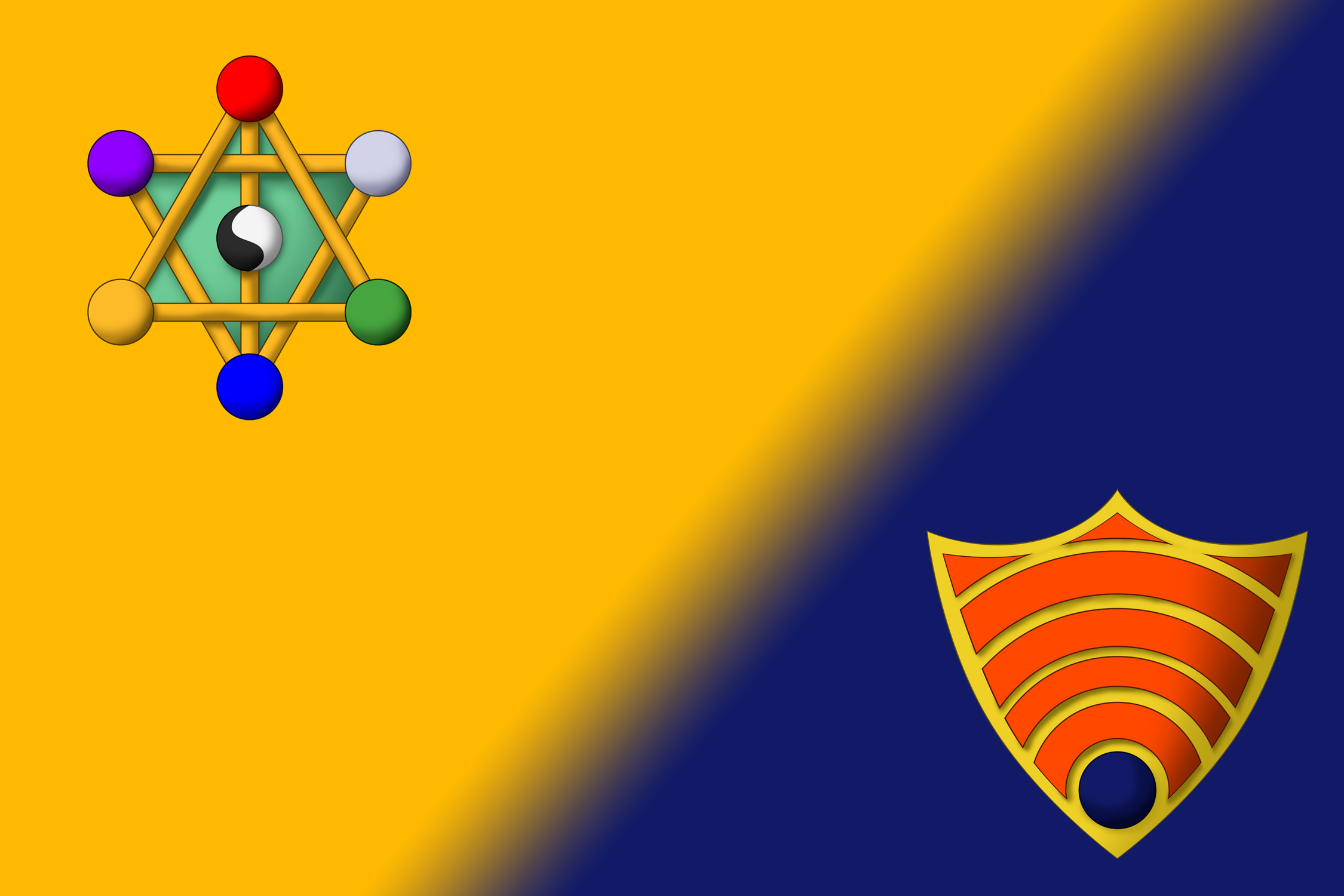 Alexandra, leaning her bottom against the counter as she ate cereal out of a bowl, looked over at Umi. The younger story was seated on the floor in one corner of the kitchen. Alexandra had told her to sit seiza with her nose in the corner. This was not something she could normally get away with, but having been deported had Umi in a vulnerable position for a number of reasons.

Alexandra finished her bite before saying, “Be thankful it’s not because the door hit you on the way out.”

Umi just moaned in response. Alexandra was certain that the sound exemplified the extent of her misery. Her light purple hair was a tangled curtain draped over her shoulders rather than in her customary ponytail. Her ICDC jacket was so dirty it was almost grey, the reflective “CDC” on the back smeared with something that barely let it be visible. There was even a hole in the lower back, and some of the bullet resistent compound inside had leaked out and formed a grey stain down to the folded hem at the bottom. Her sneakers were scuffed up from traveling, the tread worn down to a ghost of a pattern. It was hard to tell if she was wearing any socks.

Alexandra had to shake the idea of pitying her out of her head. As with the other stories, Umi had taken action that her neighbors did not like and had brought trouble down on herself. Alexandra’s home was like a hideout, so much so that she had needed to get a mansion with five bedrooms since she needed to accomodate multiple stories getting into mischief. Now, though? She was still on the fence about letting Umi live with her. The others, especially the more immature group, would more than likely want to follow suit should they realize that Umi was staying here. Sending her away felt rather pointless; the moment she got into trouble again, she would be right back on Alexandra’s doorstep. And who was to say whether the chaos she caused would not follow her right into the house? Wrecking the house would wind up putting both of them out, and it seemed like a risk that Alexandra should not have been taking.

Alexandra finished her cereal and stepped over to the sink. “Okay, you can turn around now,” she told Umi as she started washing the bowl.

Umi turned herself around and gave Alexandra’s back a tired, battered look. Her eyelids were heavy, and circles were forming under her eyes. She had a visible scrape over one cheek which had been sealed by a scab.

“So, you wanna tell me why I should let you live here?” Alexandra asked as she left the bowl in the sink to dry.

“Yeah, well, it sounds like that’s what misfiring an RPG will do,” Alexandra replied.

“Well, strictly speaking, that one wasn’t a misfire,” Umi said. “That was the yakuza’s RPG. And it was well-aimed.”

“I’m sure it’s glowing praise coming from you,” Alexandra told her, “but it hardly tells me why I have to let you stay here. You are aware that there are over twenty of us, right?”

“Yeah, and three live in the country I just got thrown out of. Six live in space, three live in countries with a language I don’t know, a couple of them don’t even seem to be on the same plane of existence as us. The rest, you just can’t tell where they are.”

“I live on the complete opposite side of the world from you,” Alexandra pointed out. “You could have gone to anyone else between Japan and here.”

“C’mon, Sandy, I think you know why I came here. You and I, we’re the backbone of our multiverse. We have a strong bond.”

Alexandra shook her head. “If our bond was that good, I wouldn’t have slammed the door in your face.”

“You’re like everyone’s older sister, Sandy. Why do you think we keep coming here?”

Alexandra raised an eyebrow. “Because you want someone to hide you from the fallout of your own disasters?”

Alexandra heaved a sigh and ran her fingers through her loose, blond hair. “You sure are… You got thrown out of Japan. Just what do you intend to do about that?”

“Well, I kind of thought living in Japan was more of a convenience than a necessity.”

Alexandra made a scoffing sound and crossed her arms. “I’m sure…”

“My setting may be in Japan, but that doesn’t mean I have to live there. You start in Japan, too, but you chose to live here in the United States. Well, if I can’t get back, this is about as good a place as any.”

“You don’t have citizenship here like I do. If ICE finds out you’re here, they’re first going to find out you were deported for wanton destruction. Then they’ll deport you.”

Umi shrugged her shoulders. “I don’t see what the big deal is. If Japan stripped me of my citizenship, doesn’t that technically mean they can’t deport me? Where would they send me?”

“Back to Japan. Which is going to send you back here again. Then they send you back… and this whole volleyball game with your life starts up.”

“Aaaw… I love volleyball, too…”

Alexandra sighed and shook her head. She was going to regret her words. “Listen. I’ll let you stay, but you have to work at getting your citizenship back. And I’ll be watching your progress. If you stall out because you think I’m getting complacent with you, I’m going to dropkick you through the front door and let ICE have you.”

“Thank you!” Umi declared, immediately leaning forward and bowing her head so fast that Alexandra could hear her forehead thump on the tiled floor. “Ow…”

Alexandra rolled her eyes. “Go clean yourself up. We’ll see about getting you some replacement clothing.”

“Um…” Umi raised her head. Her expression was a sheepish smile as she asked, “Can’t I just… use your credit card?”

Alexandra glared at her, the impulse to do harm causing her eyes to flare from brown to pink. She raised her right hand, spirit gems aglow, and caused the air around her to suddenly sizzle with the ignition of a hot pink magic bolt which she held suspended above her fist.

Umi’s eyes grew wide. She immediately bolted into the living room for cover.

Wanna See My Spike? by B Sanders (@fragmented_imagination)

The drama... doesn't even exist. The amount of pathetic that it takes for Sandy to actually show some pity is quite a load. Fortunately, Umi doesn't have to try hard this time.

Rated "Teen" mostly for safety; it's just the one word.

What kind of comments is fragmented_imagination seeking for this piece?