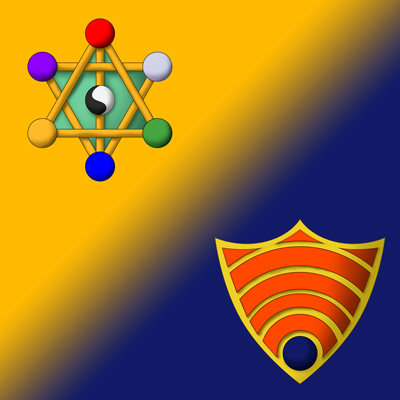 “Hello?” Alexandra asked into the receiver with a slightly surly tone, annoyed at having her breakfast interrupted.

“Hi, Sandy!” the receiver replied in a cheery tone.

“I just thought we’d chat for a bit,” Umi replied.

Alexandra looked at the clock on the wall above the phone. After figuring the time difference between where the two of them lived, she pointed out, “It’s almost ten o’clock in the evening. Aren’t you going to bed soon?”

“Well, I’ve had a bit of a bad day, so I thought I could use some cheering up.”

“Just bear with me for a moment. Hear how my day went. There’s a quiz at the end.”

Alexandra gave the wall a blank stare. It took her a few moments to realize that Umi could not see her expression, so she told the phone, “What.”

“Okay, here it goes. So, you remember how I wanted to be proactive in assisting the police where I live?” Alexandra did not respond. “Well, I chased down a few purse snatchers.” Silence. “Aaaaand… I stopped a car by shooting out its radiator.” Silence. “Oh! And I helped an old lady find her way to the post office!” Silence, this time a little longer. “Um… I, uh… I may have also… gotten attention from the local yakuza…”

“That last one sounds like the only problem you should have mentioned,” Alexandra finally said. “And I’m not taking down a yakuza group for you.”

“Oh, no, I took care of them!” Umi quickly told her. “It’s just that, well… In-in the course of things, some… uh, some very important buildings may have… gotten blown up by a few stray RPGs. Um… in- including my apartment?”

“You can’t rent another place?”

The sound of a car door shutting preceded Umi saying, “Well, that’s kind of the problem. Um… the, uh… the neighborhood banned me from living there.”

Alexandra heaved a sigh. “So, go to another neighborhood.”

“I can’t. The city kicked me out for all the destruction over the past two years.”

“Go to another city.”

“The NPA declared me a terrorist and had the Coast Guard deport me.”

Alexandra pinched the bridge of her nose. “Umi, you’re a natural citizen there.”

“Yeeeeah, as it turns out, not being able to stay dead makes people shoot the rules in the head.”

“Where’d they leave you? I can call Azura or Kelsey to pick you up so you can find another place to stay.”

“No. Anytime more than one of you are at my house, shit gets blown up. Find someone else.”

“Donna gengou demo kotae wa onaji.” (No matter the language, the answer is the same.)

“Just what are you trying to appeal to with that ‘onna doushi’ ploy? What’s your point? You can pester me in either language all you like. I don’t want you living here.”

Pam-kr! Alexandra slammed the receiver into the cradle, eliciting a complaining ring from the device. Then she groaned and slid a hand over her face. She might have to contact Matilda or Carrie to help her find Umi. Or even Roxanne, since it would help resolve just where this stupid plot was supposed to go.

Later. She still had breakfast waiting.

And it would still be waiting. She contemplated the friendliness of hurling a magic bolt into the visitor’s face. She quickly struck down the impulse, reasoning that the irritating conversation she had just had with Umi was not a good excuse to check her neighbors’ reflexes. She sighed and walked out of the kitchen into the hallway. From there, she turned into the foyer and approached the front door. She stopped and stood facing the door where she could not be seen in the frosted window.

Just to make sure the local children were not messing with her. She opened the door.

WHAM! Alexandra threw the heavy door shut once she realized that Umi was outside. Specifically, she was on her knees on her low stoop in prime begging position, complete with hands clasped in askance before her.

Bam bam bam! “Sandyyyyyyy!” Umi cried from the other side of the door. “Please let me stay!”

Alexandra concluded that Umi must have called her just as she was arriving, hence the car door slamming over the phone. It also explained how she was so awake when talking to her; she must’ve been in the country just long enough to acclimate herself to the time change.

She sighed as she looked up at the ceiling, trying to tune out Umi’s repeated pleas from the other side of the door. “If I kill her, she winds up respawning back in Japan,” she told herself. “If I let her in, she shuts up.” She shook her head and called out as she turned back into the house. “Bee! I’ve got a couple of questions for you before I kill Umi!”

Umi Appeals to the Door by B Sanders (@fragmented_imagination)

You know that friend that likes to crash at your place whenever things happen in his life? Well, that's almost everyone of the other stories to Sandy. The first of what might be a decent number of short stories, this goes back to before the other stories started living at Sandy's mansion.

What kind of comments is fragmented_imagination seeking for this piece?